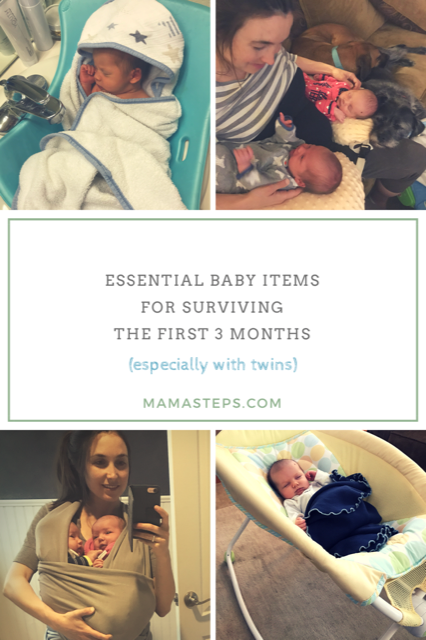 Baby Essentials for the First 3 Months (Especially with Twins!)

The amount of stuff you’re led to believe you need for a newborn baby is completely and utterly daunting. But here’s the refreshing truth: In the first couple of months you really don’t NEED a whole lot, though there are things that can certainly make life a little easier with a newborn (or newborns).

So to make it a little less overwhelming, I’m breaking down the essentials we’ve been recommended by the Mama Steps community along with our own tried-and-true recommendations for both singleton babies and for twins. That way, we hope you’ll feel like you’re prepared with what you need without breaking the bank so you can quit researching and take a nap instead. 😉

For feeding…
1. A Netflix subscription. I’m actually not kidding. 🙂 Breastfeeding will take up 90% of your days in the beginning, so it’s kind of a nice time to treat yourself to a new TV series, a few audio books or those movies you’ve always wanted to see but never had time for (and won’t have time for again in a few short months).

2. A pillow
For one baby, you honestly can just use a pillow to prop your arm with extra support when breastfeeding. I had a boppy but only used it for the first month while I got the hang of breastfeeding. But I found that just an ordinary pillow provided the same support.

However, for twins, it gets trickier so I highly recommend investing in a twin nursing pillow. I settled on the Twin Z pillow and couldn’t be happier that it’s allowed me to breastfeed both babies simultaneously for the past four months (and counting, I hope!). I also sleep with it too. It’s that comfy.

3. A good pump
Real talk here: I thought pumping would be a breeze and it wasn’t. I struggled to pump with my first babe. Either it was my supply or maybe I was using the wrong setting or maybe it was the fact my pump was a generic one from my insurance company. Whatever it was, I thought I hated pumping.

That, of course, had to change with twins. I was determined to find a better pumping solution. So here are my thoughts:

First off, if you can, opt for a hospital-grade pump. Whether you have one baby or two, a hospital-grade pump is going to be more powerful than a standard one. And if you end up pumping more milk than you need, that’s a great problem to have. (If that’s the case, you can freeze it for up to 6 months or donate it).

I ended up trying the Spectra pump for the twins and I am SO impressed. It’s lightweight, easy to clean and I’ve even been able to build up a small reserve to

freeze. If for some reason your insurance doesn’t cover a pump, the Spectra pump is only $159- kind of shocking considering other hospital grade pumps reach into the thousands.

Also, get a pumping bra. The Simple Wishes bra is awesome. You will actually look forward to pumping when you have a pumping bra since your hands will be free to read a book, respond to emails or eat (which you should be doing constantly since you’re feeding multiple humans) 🙂

4. Bottles
The first time around, I did the Como Tomo bottle since I was told it was the closest in replicating the boob. But I’m trying to use less plastic these days, so I gave the Joovy Boob glass bottles a try and love them. To start with, I used the preemie, Stage

0, nipple so the flow wouldn’t be so quick (even stage 1 seemed faster than it should be). And it’s probably a good idea to go ahead and get the other stages of nipples all at once. That way, you won’t panic when your baby suddenly won’t take a bottle because he’s just frustrated the milk isn’t coming out as fast as it does when he breastfeeds.
Sleeping…

If you haven’t heard of The Happiest Baby on the Block, please please download the book, audio book or video right now. It’s a revelation. In the first 12 weeks, babies want to feel like they’re still in the womb. If a baby is fussy and you’ve ruled out hunger or a wet diaper, doing the 5S’s could be the quick fix. (The 5 S’s are: Swaddle, Side/Stomach position, Shush, Swing and Suck).

I’ll be honest- I’m terrible at doing a swaddle. We bought so many swaddling blankets just to have my firstborn break out of every single one. So I’m a much bigger fan of the SwaddleMe velcro-wrap swaddles, which worked great with the twins.

Especially for the first 12 weeks, investing in a good wrap or carrier is a must if you need your baby or babies to sleep or if they don’t want to be put down. It’s believed that baby carrying may also be the secret to reducing colic, according to anthropologists who observed that colic doesn’t exist in cultures where baby wearing is the norm. The Boba wrap works well for both one baby or for twins (yep, you can fit them both in there!). I also recommend the Lille Baby carrier once they’re a little bigger. The back support on that is fantastic and hard to find on most carriers.

And… I HIGHLY recommend a stability ball when your baby will only chill out when you’re moving but your feet are screaming for a break (which could very well be hourly).

When you just need to take a shower…
As wonderful as it is to hold your baby, sometimes mama needs a break. And that break is as necessary for the mom as it is for the baby who will then benefit from

getting a happy mom.For times like that, the good ‘ole Fisher Price Rock ‘n Play works just fine.My babies often slept in them too. Or one with a mechanical swing, such as the Graco Simple Sway, is a nice perk too but not necessary.

As they grow bigger, they might enjoy more of a bouncy seat. The Baby Bjorn Bouncer has worked so well for all my kiddos and it’s so cute watching them learn how to bounce themselves. For twins, I’ll position their bouncy seats so they can see one another while I make breakfast or just need my hands free.

Getting from place to place…
In the beginning, you want a stroller where you don’t have to take the baby out of the carseat if you don’t want to. The Snap ‘n Go (either the single or the double one for twins) is PERFECT for this.

At 6 months when they can hold themselves up better, you can think about a different stroller or a jogger. But there’s no need to before then if you’d rather save some money.

to me. Have you ever tried getting a onesie over a baby’s head? Or how about getting a onesie over his head in the middle of the night when he’s peed all over himself? It’s a total nightmare. Instead, only get zip-up or magnetic footed sleepers in the beginning. Seriously. That’s all you need. The number of clothing changes in a day will astound you and zippers or magnets will become your best friends.

Hygiene…
I’m pretty convinced that the less baths a baby gets, the better. The twins get bathed once a week (even at 4 months) unless there’s a diaper malfunction and they have the smoothest skin I’ve ever touched.

big bathtub set me into panic mode). So to put my mind at ease, I got the Puj Tub, which allows you to use the sink as your bathtub. It’s been awesome.

As for a newborn soap, I’m a fan of ShakleeBaby Gentle Wash (the lotion and massage oil are great for post-bath as well). And I love the Earth Mama Angel Baby bottom balm in lieu of diaper cream. Speaking of which, you know what else works really well for preventing diaper rash? Corn starch (splurge for the non-GMO version).

Alright mama, that’s all from me for now. If you have questions or a recommendation of your own, please feel free to leave a comment below! And remember- no matter what gear you get or don’t get, you’ve totally got this. 🙂

*This post contains affiliate links which allow us to keep the blog up and running at no extra cost to you. But we only endorse or recommend products we ourselves have tried, use and love!

3 Ways to Motivate Yourself on Zero Sleep 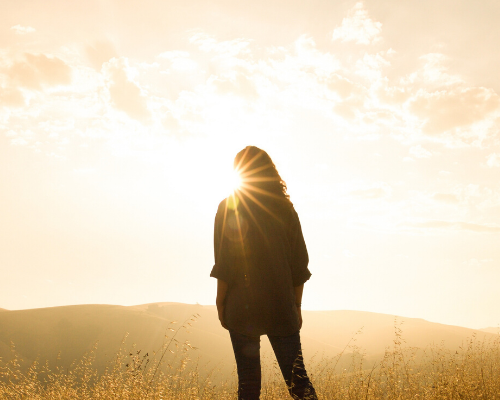 How My Morning Routine Has Transformed my Momlife 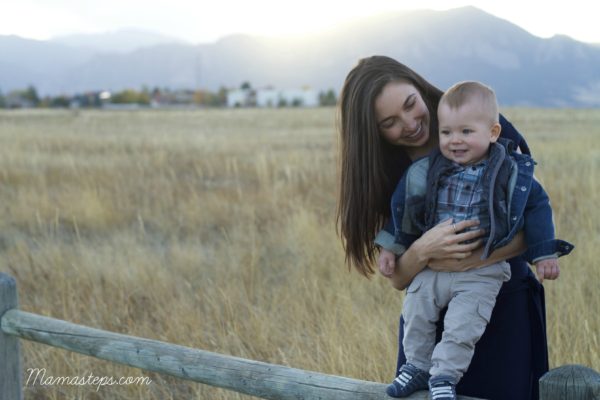 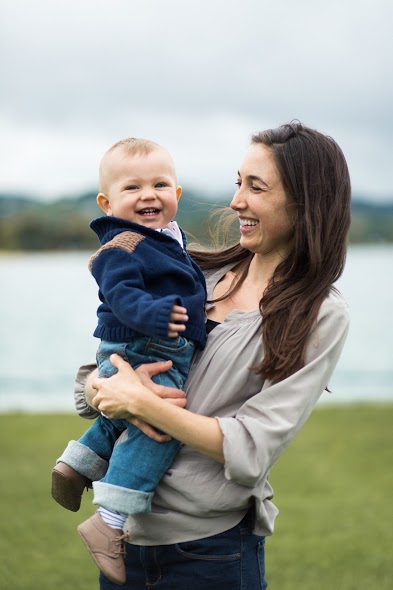